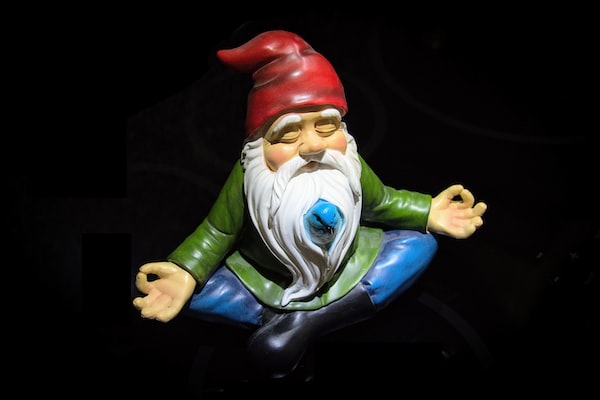 Learning to meditate the hard way: Reflections on my first Vipassana meditation retreat*

Sometimes, it's best not to know what you're getting yourself in for. Doing a ten-day silent meditation retreat with almost zero meditation experience was one such time.

*A better word to have used in this post is 'course' and not 'retreat' (see meme at the end). These words have very different connotations, which I realised after completing my second course. Nonetheless, I'm leaving it as it is in this post. There is much to be learnt from revisiting old writing 'as it is' - 14th August 2022

In August 2018, I spent ten days on a silent retreat in the Vipassana tradition in the foothills of the Hex River Mountains in Worcester, South Africa. A friend told me about the retreat, and since I was leaving my job to figure out my next steps in life, I thought I would dive right in, never having meditated before.

Before getting into Vipassana, sharing my novice understanding of suffering in Buddhism 101 terms might be worthwhile. In his enlightenment, the Buddha discovered that to live is to suffer. This suffering results from our craving for positive experiences and loathing/aversion to negative experiences. These experiences can be actual past states or hypothetical past or future states.

The regular habit pattern of the mind is to wander through these states continuously, i.e. to be lost in thought. Through this regular usage, the neural pathways become ingrained in our minds in the same way that skiers' carve paths' on a ski slope.

Taking forward the analogy, as the skiing day progresses, the tracks on the slope become deeper, and the craving and aversion manifest in negative emotions. To get out of these ruts, we either need a fresh layer of snow or a way to recognise the paths before skiing straight in, or else we become trapped in those ruts. Vipassana seeks to break that rut-creating, suffering-inducing circuitry.

What is Vipassana, and how does it work?

Vipassana is an ancient technique of meditation, rediscovered by Siddhartha Gotama (the man often referred to as 'the Buddha') more than 2500 years ago and preserved through a direct lineage of teachers. 'Vipassana' is a Sanskrit word meaning 'insight' – more specifically, seeing things as they really are.

The critical insight that breaks the rut-creating pattern of the mind is 'anicca' – everything is impermanent (the direct translation of 'anicca' is 'impermanence'). It is about gaining mindfulness of our thoughts, recognising them as appearances in consciousness, arising and passing away. Understanding this ephemerality allows us to break our attachment to these thoughts, either positive or negative. (The explanations provided at the retreat were not the most scientific, and that's probably reflected in my perhaps oversimplified explanation.)

Some might find a practical grounding for Vipassana in comparison to Cognitive Behavioural Therapy (CBT). In this therapy, one identifies the negative thought and what event or circumstance triggered that thought. You write these down, along with the rationale for your negative reaction. You then think of an alternative, positive reaction of better service to your wellbeing. This process breaks the unconscious neural pathways that are the source of your mental discomfort.

Vipassana targets the same neural pathways, but in a much more physical–and dare I say intense–way. My reflection of CBT is that it can feel like mental gymnastics, and one can easily get wrong-footed whilst trying to land whatever mental backflip you're currently working with. On the contrary, Vipassana is a slow, deliberate process, grounded in the awareness of changing physical sensations in the body. The practice subjectively feels like it's working at a deeper level due to the experiential nature of hours upon hours (and more hours after those) of sitting and observing your body's appearing and disappearing sensations. The only mind game you're playing is 'when will it end?'

Some takeaways from my experience

The ten days are incredibly taxing on both mental and physical levels.

Silence is taken to its extremes. You cannot read, write, or exercise. You eat facing a wall. You are told to look down when passing others to avoid making eye contact with anyone. You realise how crazy the treadmill of consciousness is, spitting out one thought after the other. I was counting down the days.

I realised that I am (was?) more encumbered by my aversions than my cravings. I am averse to things not going my way. I was constantly fighting situations, having built up masses of resentment throughout my life. It's been a great relief to be in the 'letting go' phase.

On the other side of the equation, I definitely have a good craving or two. I still struggle with the notion of letting go of cravings completely. They are the lifeblood of passion, and I want to live a life of passion, enjoying the fleeting vicissitudes of amazing people and moments. I guess I'll pay the small price of the down moments for that.

Two further words encapsulate the Vipassana tradition for me – 'equanimity' and 'awareness'. True, before the retreat I had never heard 'equanimity' used in a sentence, and definitely not its adjective form 'equanimous'. But Goenka, the founder of the worldwide Dhamma foundation, which hosts the retreats, uses both of them liberally. In his estimation, if there is any 'goal' of meditation, it is to develop stability – a balanced mind that rolls with the ebbs and flows of life. Because let's face it, life is hard.

Would I do it again, and what comes next?

The retreat was definitely a worthwhile enterprise. I thought I would never go back, but my mind has softened to the possibility, and I'm planning my next retreat and have ambitions to do one every couple of years. Sidenote: I also had ambitions to do yoga daily, which is now burning on the heap of broken dreams. But hey, no harm in dreaming.

Even if that doesn't come to fruition, it has at least planted the seed for a regular meditation practice in my life, although not the ambitious two hours per day recommended by Goenka. Ten minutes every day is a great place to start. I can highly recommend Sam Harris' Waking Up app. It's not precisely the Vipassana technique, but the premise is similar. Sam's teaching about 'consciousness and its contents' are poignant and insightful. He has a PhD in Neuroscience and Philosophy and has spent over two years cumulatively on silent retreat, so he's well versed as a teacher. His no-nonsense point of view is a welcome step away from the 'woo' associated with the world of the esoteric.

Or just register for a retreat. It is essentially free–you can make a voluntary donation afterwards according to your own volition–but don't let that fool you; you pay for it with your pain 😅 It will be tough but dare I say, it will change the way that you think. Or at least the way that you think about your thoughts.