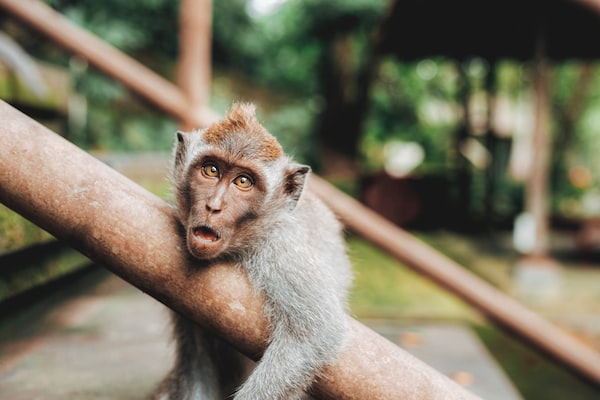 When we look at the make-up of our brains, there is immense relief in the realisation that ours’ are really just evolved versions of the apes. “Why is that cause for relief?” you may ask. Predominantly because it explains away some of our behavioural shortfalls, giving us an excuse for those foolish actions which inevitably trip us up. No matter how enlightened a person maybe, they still fall prey to primal urges to power and pleasure, fear and greed.

We’re still so primitive in our evolutionary make up, both fighting for survival through rising up dominance hierarchies in society, and with a continual desire to satisfy our primal urges, exhibited in other primates like bonobos and capuchin monkeys. Look no further than the gurus and spiritual leaders who have fallen from grace, you the common themes are evident. Sexual scandal, divisive power struggles, and substance abuse.

These are all unfortunate symptoms of minds stuck in an evolutionary mudpit. It seems as if our life’s struggle is to continually suppress these primal neural pathways, and instead build pathways of discipline and sacrifice into our grey matter, with the hopes of creating a society that is better off for us being in it.

It’s a noble quest, but when we make mistakes we should have some grace for ourselves, because we’re writing new programs for old hardware, and there’s bound to be errors in our execution.